Nurses in The News 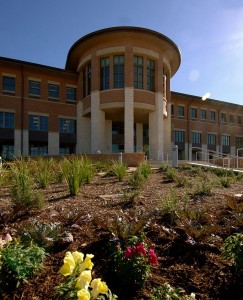 Avery Building at St. David’s School of Nursing in Round Rock, Texas. (Photo by Macuser1112/Wikipedia)

Nurses have certainly been in the news this week.

On Monday, Mary Ann Roser at the Austin-American Statesman reported that about 650 nursing students at Texas State University St. David’s School of Nursing in Round Rock, Texas have been excluded from training at a Seton hospital located across the street from their campus.  Some of them have to drive up to 90 miles to and from their assigned training locations.  The exclusion is partly due to the limited number of nurse training slots at Seton Medical Center Williamson.  However, Roser’s reporting reveals that the real reason for the exclusion is a petty squabble over the naming and funding of the new nursing school which opened in 2010 and has already set a record for excellence with a NCLEX-RN® examination pass rate of 98.63% for its first graduating class.

“Recognizing there is a natural competitive dimension to this, it makes it more difficult for our nurses to train these students with ‘St. David’s’ written on their chest,” said [Charles] Barnett [an executive at Seton’s parent company, Ascension Health], referring to the identification label the students wear. “I’m not interested in making our nurses uncomfortable in any way.”

On January 21, 2013, Tonya L. Battle, a nurse employed at Hurley Medical Center in Flint, Michigan since 1988, filed a lawsuit alleging the hospital reassigned her and other nurses to comply with a father’s request that no African-American nurses be allowed to take care of his child in the neo-natal intensive care unit (NICU).  The lawsuit began receiving widespread national media attention three weeks later. On Monday, February 18, 2013, the suit was moved from Genesee County Circuit Court to the U.S. District Court for the Eastern District of Michigan based on the hospitals’s assertion that the District Court held “original jurisdiction over Plaintiff’s claim under the first and fourteenth Amendments to the United States Constitution and 42 U.S.C. § 1983.

On Thursday, it was announced that a second nurse had filed a lawsuit against the hospital.

In Massachusetts, there will be a hearing today to determine under what circumstances exceptions to the recently passed ban on mandatory nurse overtime may be allowed:

Representatives from the Massachusetts Nurses Association/National Nurses United, along with other health care and consumer advocacy groups will be among those testifying this Friday, Feb. 22, when a special Quality Improvement and Patient Protection Committee of the Health Policy Commission will hold a hearing to assist the Commission in strengthening and clarifying a key provision of a recently enacted law to ban the dangerous practice of mandatory overtime for nurses in acute care hospitals.