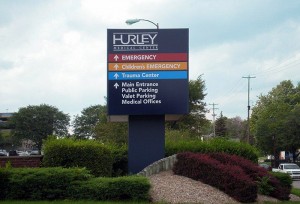 Hurley Medical Center has settled a lawsuit filed by three of its nurses but a second lawsuit by a fourth nurse remains pending.

On January 21, 2013, Tonya L. Battle, a nurse employed at Hurley Medical Center in Flint, Michigan for the past 25 years filed a lawsuit alleging the hospital reassigned her and other nurses to comply with a father’s request that no African-American nurses be allowed to take care of his child in the neo-natal intensive care unit (NICU).  The case was moved to federal court on February 18, 2013.  Two additional nurses were added as plaintiffs and the suit was settled on February 20, 2013.

On February 21, 2013, a second lawsuit was filed on behalf of nurse Carlotta Armstrong by Flint attorney Tom Pabst.  That case remains pending and has not yet been settled.  Unlike the complaint in the first lawsuit, the complaint in the second case is careful to only make claims based on Michigan state law and does not make any claims based on federal law that could have resulted in the case being transferred to federal court.